A new skipper for CIOOS Pacific (English only) 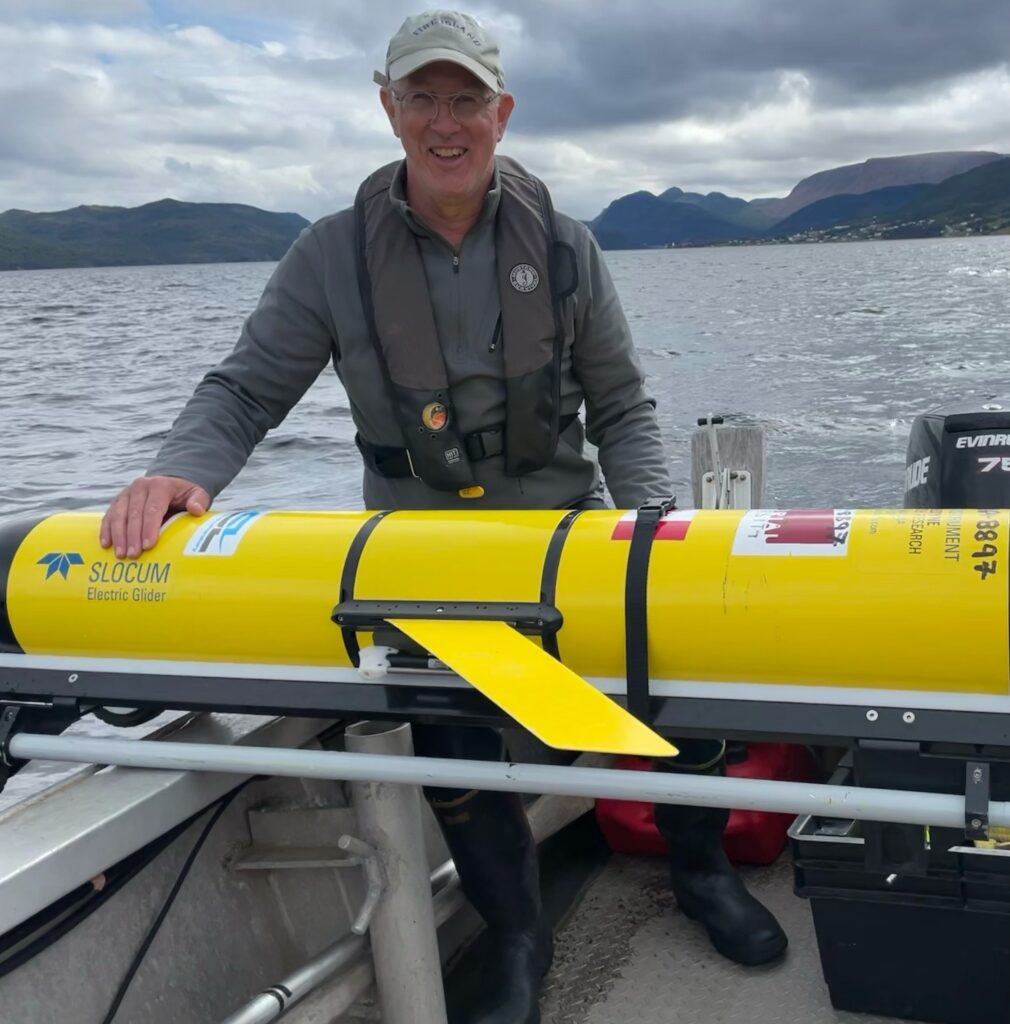 CIOOS Pacific has a new Executive Director. Denis D’Amours, who expertly guided the organization since its launch in January of 2019, is passing the baton to Brad de Young, a recent transplant to the west coast from Memorial University in St. John’s, Newfoundland.

Everyone at CIOOS would like to thank Denis for his leadership in CIOOS’s crucial formative years, and his guidance as the organization enters its next phase.

Benoit Pirenne, the Director of User Engagement at Ocean Networks Canada, says Denis has been instrumental in helping create the strong foundation CIOOS needs for its future growth and impact, bringing to bear the combined capabilities of the Hakai Institute and of Ocean Networks Canada. He says now Brad’s enormous experience with building partnerships will further extend the excellent relationship between the two partners.

In his first days on the job, we sat down with Brad for a Q&A about his background, philosophy, and what he sees as goals for CIOOS Pacific over the next few years. Here are some key insights from that conversation.

I grew up in Halifax, so I lived on the ocean. I got a job towing icebergs in Baffin Bay for oil drill ships that were operating there in the 1970s. I was doing environmental surveys and tracking icebergs, and then telling supply boats how to tow them to keep them away from the rigs. That started me working on the ocean.

I wish people were more aware of our interdependence on the ocean. Even if you don’t live near the oceans, they’re important—the oxygen we breathe, a lot of the things we touch have traveled on the oceans or come from the oceans. More broadly, I think the challenge for society today is understanding the natural world itself. The depth of the public’s knowledge of science is paper thin. Communicating at any time about any scientific idea helps the wider society understand the world in which we live.

My role as executive director is as a communicator—to communicate awareness about CIOOS and help focus the activities of CIOOS Pacific.

One of the big challenges around ocean science activities is ensuring that what we’re doing is useful in some measurable sense to somebody. There are at least two good reasons to want to make ocean measurements—to better understand the ocean because of this curiosity, the need to understand the world in which we live and secondly because we rely on the ocean for food, for transportation and for many other activities. Supporting that reliance requires information about what the ocean is doing, what’s happening in the ocean, what’s coming next, the influence of climate change, the influence of human impacts on the ocean.

The role of CIOOS Pacific is to provide information. My role is to support that linkage. Obviously, it’s about making the machinery run. But more broadly I think the big challenge for CIOOS widely is to provide the space for those connections  and to ensure that as effectively as possible we’re meeting the needs of as wide  a community as possible.

I think it really is about building partnerships. There are many in place, which is great. But there are many groups that we’re not effectively serving or connecting with. There are several layers to this challenge. First, it’s about building capability. Because there’s a big distinction between ocean data, (the things we collect when we drop an instrument into the water), and ocean information. You need some understanding laid on top of ocean data before you get to ocean information.

Science is part of the process that creates ocean information, at least from the CIOOS perspective. Clearly, in that sense we need to have ocean data made available to scientists. That’s important. But to meet (the needs of) a wider group of users in the non-science community—local communities, aquaculture, shipping—we must offer information products.

The cool thing then is to help apply our understanding of the ocean to create ocean information which leads to the valuable takeup by the partners. What you find when you can show somebody ocean information, easily and properly accessible, is that they get excited. They always thought that ocean data and science was too abstract, too far removed from their own needs or interests. It is possible to provide something that’s exciting, interesting, and useful.

Even though the focus of CIOOS Pacific is on the Pacific coast of British Columbia, it’s part of the global ocean. The ocean is a single entity. The work of the observing programs, hopefully, is contributing to that greater global understanding.

There’s enormous opportunities for partnerships between these various groups. We’re not all doing exactly the same thing, but we’re doing very similar things. We need to work with particular instruments, particular data types. We have management issues around the data. We have visualization needs. And then we have reaching out to communities. This is a global struggle to bridge from ocean data to ocean information to societal needs. Sharing best practices leads to those kinds of opportunities for connection and engagement.

My first interest is to hear from people and to encourage scientists, potential partners and anyone interested in the ocean to reach out to me so that we could engage and explore  opportunities for connection. So the first step is to open the door to communication, discussion, and engagement. It’s about building connections.